Kaley Pruitt Dance investigates the nuances of the human experience and explores the intrinsic communication between bodies in space. The work spans comedic dance theater to abstract concert aesthetic, film and site-specific work.  Pruitt is interested in bringing dance into the public sphere through interactive and community-based work.  Kaley aims to create an environment where the audience experiences new perspectives.  Kaley Pruitt Dance’s work is not prescribed; it is an opportunity to understand more deeply what one has overlooked in the world around them.  Pruitt has been working in New York City as a dancer and choreographer since 2011.  Pruitt’s choreography has been presented by Simantikos Dance Chicago, Milwaukee Fringe Festival, Repertory Dance Theatre, Austin Dance Festival, WIM Dance Festival, ACDA Conference, University of Wisconsin Milwaukee, Dixon Place, Illinois State University, Manhattan Movement & Arts Center, Triskelion Arts, Chez Bushwick and The Center for Performance Research, Built on Stilts in Martha’s Vineyard, The Secret Theater, Ketchum Arts Commission, Movement Research, Niagara, and Nancy Smith Fichter Dance Theatre.  Photo by Erik Carter 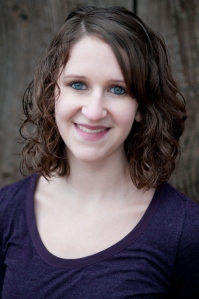 Kaley Pruitt is originally from Ketchum, Idaho. She received her professional training at Idyllwild Arts Academy, The Boston Conservatory, & Florida State University.  She has her MFA in Dance & Choreography from University of Wisconsin Milwaukee where she was awarded the Distinguished Graduate Student Fellowship.  She has her BFA in Dance from Florida State and was a member of Dance Repertory Theatre under the direction of Lynda Davis. She has been working in New York City as a dancer and choreographer since 2011. Alongside of Kaley Pruitt Dance, she has performed for choreographers: Becky Radway Dance Projects, Maggi Dueker, Rose Hutchins, Esme Boyce, Leanne Schmidt & Company, The Treehouse Shakers, Megan Sipe, and Kaleidoscope Dance Theatre. She’s also had the opportunity to perform works by Jose Limon, Steve Koester, Gerri Houlihan, Lynda Davis, Roger Bellman, Anne Krampen, Shelley Bourgeosis, & Jackie O’Toole. Kaley is on dance faculty at Illinois State University & Illinois Wesleyan University, and was previously modern faculty at Steffi Nossen School of Dance. She has served on the Advisory Board of Inception to Exhibition as well as Dance/NYC’s Junior Committee. (photo by Hailey Tucker) 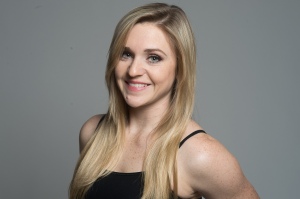 Megan Wubbenhorst began her professional dance training in the Arts in Motion Company at Broadway Dance Center in New York City. She graduated summa cum laude from Florida State University with a BFA in Dance. She has performed works by Jose Limon, Alan Danielson, Jawole Willa Jo Zollar, Gerri Houlihan, Lynda Davis, Rick McCullough, and Tim Glenn. She was also a member of Dance Repertory Theatre under the direction of Lynda Davis. She has worked as a Development and Administrative Associate for ZviDance and Shen Wei Dance Arts. Megan is also a member of Summation Dance and has performed with the company since 2012. (photo by Christopher Duggan) 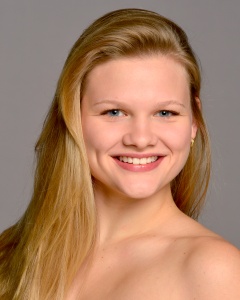 Cassandra Bowser, originally from Huntsville, AL, began her training in the Huntsville Ballet Company under the tutelage of Rachel Butler and Philip Otto. Cassandra graduated from the Ailey/Fordham BFA program in 2014 with a BFA in dance where she performed works by Dusan Tynek, Carolyn Dorfman, Adam Barruch, Jennifer Archibald, Ronald K. Brown, Karol Armitage, Darell Grand Moultrie, and Kirven Douthit-Boyd. After graduating, Cassandra danced with Kaleidoscope Theater- The Sean Mcleod Dance Experience, and is currently a company member of Ariel Rivka Dance and Kaley Pruitt Dance.  In addition to performing, Cassandra is also a certified yoga instructor and vegan with a focus on healthy living.  Cassandra is thrilled to be back in the studio with Kaley Pruitt Dance and cannot wait for the season! 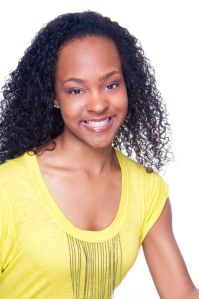 Ashley Ervin is originally from St. Louis MO, and began her training in dance at the Center of Creative Arts (COCA). She joined their pre-professional dance company, Cocadance, and was fortunate to work with amazing artist such as Robert Battle, Kate Sharpetowska, and Frank Chaves. She received an undergraduate degree at George Mason University, and graduated magna cum laude with a BFA in Dance and a minor in psychology. At George Mason she studied with various choreographers such as David Parsons, Mark Morris, and Jaqulyn Buglisi. She also traveled to Cuba to learn afro-cuban movement and culture, as well as explored her own choreographic abilities. Following graduation in 2012, Ashley moved to New York City to pursue a career as a professional dancer. Since moving to New York City, she has worked with Caterina Rago Dance Company, Dansfolk, Oni Brown, Arthur Aviles, Spotted Deer, and Erin Pryor Dance Theatre. She is currently a member of the Treehouse Shakers, and very grateful to be working with Kaley Pruitt Dance again. 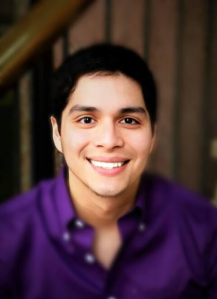 Robert Perales, originally from Chicago, Illinois, first began dance at the age of 18 at Wheeling High school under the instruction of Diane Rawlinson. During his time there, Robert was able to explore improvisational and compositional aspects of dance, working with some of Chicago’s most prolific figures including Eddy Ocampo, Lizzie Mackenzie, and Marc Macaranas. Robert recently received a B.S. in Dance performance from Illinois State University and was fortunate enough to create work with several artists during his time there including Stephanie Pizzo, Darby Wilde, Sara Semonis, Teena Marie-Custer, Chris Marosi, Greg Merriman, Michael Richman, Jennifer Harge, Tiffanee Arnold, Lindsey Miller, and Greg Patterson. Perales is a graduate of the American Dance Festival where he attended in both 2015 and 2016 under scholarship. At ADF, Perales was selected to work with Abby Zbikowski, artistic director of Abby Z and the New Utility, and Sara Procopio of Shen Wei Dance Arts. Perales has loved and felt incredibly fortunate to work alongside Kaley Pruitt Dance for their latest season and would like to thank his family and friends for their constant love and support. 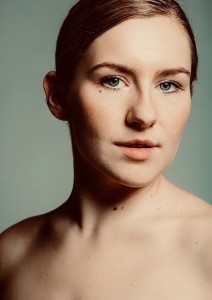 Natalie Dellutri is a contemporary dancer and choreographer originally from Milwaukee, WI. She grew up training at the Milwaukee Ballet School & Academy, and went on to get a BFA in Ballet and a BS in Psychology from the University of Utah. Throughout the course of her career, she has had the opportunity to work with and learn from a multitude of fantastic artists and choreographers, and attend summer intensives and workshops around the country. Dellutri has mainly gained recognition for her work with Roderick George and Anouk van Dijk, as well as a number of her own choreographic works, and shows she has directed. Since moving back to the Midwest in May of 2019, Dellutri joined Banks Performance Project and has become an active artist in both the Milwaukee and Chicago freelance dance communities. She is excited to continue this next chapter of her dance career, growing and learning from new artists in terms of both movement and ideas. 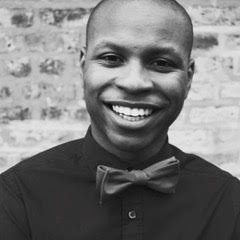 Patrick Ingram is a recent graduate of Illinois State University. Before earning his Bachelor of Arts in Dance he performed with Elements Contemporary Ballet, Inaside Dance Chicago, and other various Chicagoland dance companies.  At Illinois State University, he had the opportunity to work with various guest artists, such as Kaitlin Webster, Edward Rice, and Joshua Blake Carter. He has also learned from the esteemed faculty of the dance program; Sara Semonis, Darby Wilde, Greg Merriman, Kaley Pruitti, Madeline Reber and Laina Carney. Patrick plans on furthering his education by pursuing his Master’s Degree in Dance/Choreography. He is ecstatic to be a part of Kaley Pruitt Dance and hopes to continue to work with Kaley Pruitt in the future. 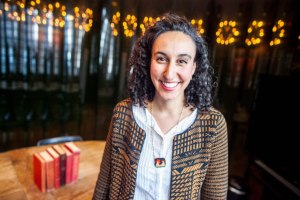 Erica Frankel has danced on stage, screen, and museum floor with Meredith Monk, Yina Ng, expandance, VaBang!, Ilana Webber, Naomi Goldberg Haas, Red Dot Dance, ETCH Movement Works, Belinda He and many others. She received her BFA in Dance from NYU Tisch and an MA in Dance and Sacred Texts from NYU Gallatin. www.ericafrankel.com @ericafrankel (photo by Robyn Spector Photography) 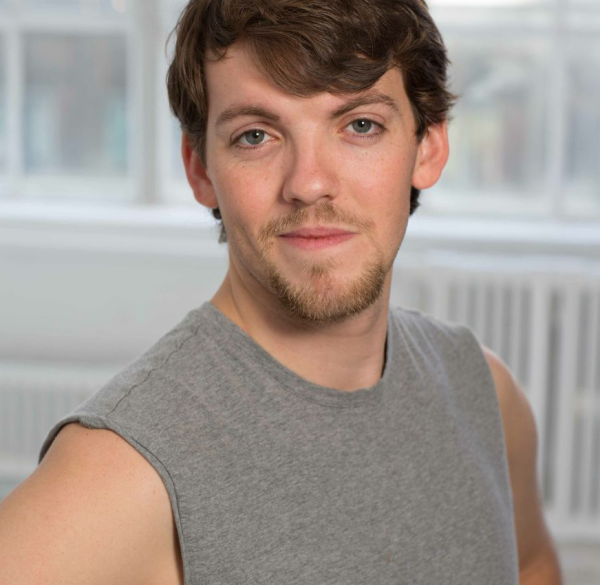 Joshua Reaver, a graduate of Florida State University with a BFA in Dance, has been performing in the BESSIE award-winning immersive show Then She Fell as the White Rabbit since February 2013 and is collaborating with Third Rail Projects on upcoming performances. Joshua also currently dances with Kaley Pruitt Dance and Elizabeth Dishman. He has also had the opportunity to work with Gerri Houlihan, Dan Wagoner, Suzanne Farrell, Bulayoung Pagalava, Alan Danielson, & Clay Taliaferro. Joshua freelances as a technologist, assisting arts organizations in various technological mediums including web design,graphic design, and video editing. His past clients include Shen Wei Dance Arts, Zvi Gotheiner, Ariane Reinhart, and the Pema Chödrön Foundation. www.joshuareaver.com 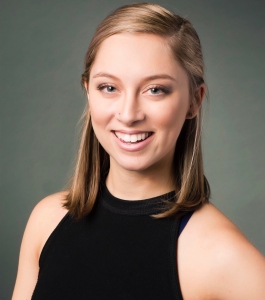 Maddie Naylor (Guest Artist), originally from Boston, MA, holds a BFA in Dance from the Ohio State University where she completed a focus curriculum in performance and choreography in 2016. During her time at OSU, she performed in works by Dianne McIntyre, Sofie Clemmensen, Mitchell Rose, David Covey, and Susan Hadley amongst others. After graduation she relocated to New York City and has since developed and shown work at Alexandra Bellar’s Fall Choreolab and Triskelion Art’s Comedy in Dance Festival, as well as performed in new works in progress by Dianne McIntyre. She’d like to thank her family and teachers for their unending support and guidance, and is so grateful for this opportunity to perform with Kaley Pruitt Dance this season! 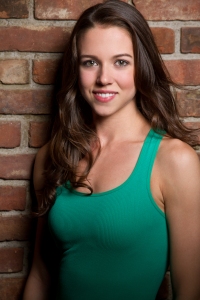 Jillian Sawyer was born and raised in the small, but elegant town of Kent, CT. She finished high school at North Carolina School of the Arts and received a BFA in Dance & Choreography from SUNY Purchase. Currently, Jillian dances with John Zullo, Kaleidoscope Dance Theatre and is honored to be working with Kaley Pruitt Dance. Past credits include Jennifer Muller/The Works, Rebecca Moore Dance and is experienced in teaching kids dance. Jillian has also attended the Amy Gossels Commercial Workshop, Neutral Mask Workshop with John Murphy allowing her to explore her passion for acting. Check out her website www.JillianSawyer.com to see pictures from past fashion shows and photo shoots. Jillian is so grateful to be able to live in NYC and explore the different styles of art that make the city so unique. It would not have been possible without the continuous love and support from her family, friends. 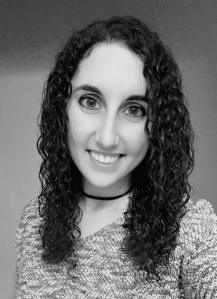 Kurt Wubbenhorst is a GRAMMY nominated musician, producer, entrepreneur, and educator. As a multi-instrumentalist, Kurt has recorded and/or toured with Sevendust, OneHundredThousand, Wolfgang Van Halen, Three Years Hollow, Walking With Giants, Hello Demons Meet Skeletons, Jerad Finck, and many more. He is the co-founder & owner of Architekt Music, a recording studio, lesson studio, live venue, and artist management company based in Butler, NJ. Born and raised in Kinnelon, NJ, Kurt began playing classical piano at 10 years old before venturing into learning guitar, bass, and drums. Kurt graduated cum laude from Seton Hall University, where he earned his B.S.E. in Music Education and was awarded the Julius Szako music award. Kurt resides in Northern NJ with his wife, Megan, and dog, Turbo.